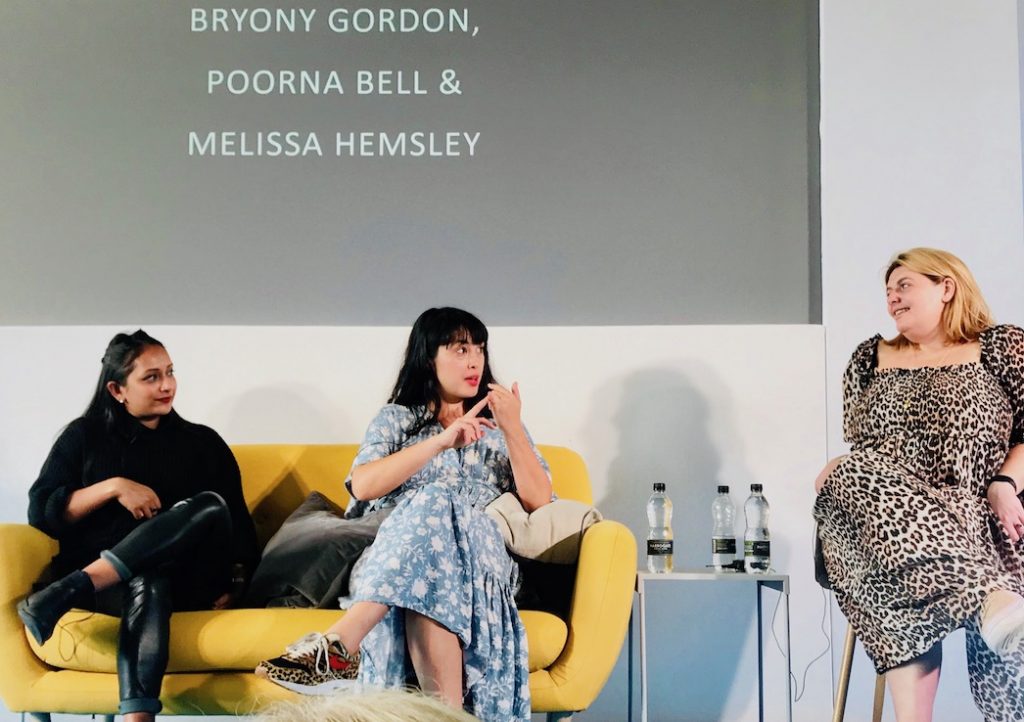 This was a space for the panel and the audience to connect to their own mental health experience and connect through a shared but very individual story. The panel was hosted by Bryony Gordon: journalist and author of several books including ‘You Got This’ which came out earlier this year. The other panellists were Melissa Helmsley and Poorna Bell.

Melissa Helmsley, is a chef and author of several books including ‘Eat Happy: 30-minute Feelgood Food’. As a guest on an episode of Bryony’s podcast she began to open up about difficulties in her past which led to them becoming friends and Melissa becoming an ambassador for Mental Health Mates.

Award winning journalist and author Poorna Bell has been an active mental health campaigner, especially after the suicide of her husband. She is the author of two non-fiction books, Chase the Rainbow and in Search of Silence. Having used power lifting to help her through the grief of losing her husband she has founded @seemystrong, a space to encourage others who do not see themselves in traditional fitness images to have a go.

It turns out this talk was in two parts: a panel discussion followed by a walk under the name of Mental Health Mates. The movement, started by Bryony, aims to encourage mental health walking groups across the country. There were representatives from the Reading group and I spontaneously decided to join them on the walk from the Henley Town Hall to the Riverside Museum.

I found the panel very open to sharing their mental health experiences, touching on various aspects of their past and present. This is not easy to do, and I really applaud their willingness to be vulnerable so publicly. Each member of the panel came across as individual and, to coin a modern word, relatable.

Because the panel were so honest it felt like a discussion between friends. I feel privileged to have been in the room and don’t think everything needs to be shared here, outside of that intimate setting.

Melissa was partly brought up on army bases in Germany whilst her mum sought to stay connected to her heritage as a Catholic woman of Filipino ancestry. This meant that she felt there was little space in the home to talk about the death of her father.

Poorna saw her apparently strong mother pushing through challenging situations with ease and thought that was how she should approach life. But this led to bad decisions.

Bryony has struggled with anxiety and obsessive compulsory disorder for many years. Years ago, she did not want to believe that her childhood affected who she became as an adult, but she’s eventually accepted the truth of this. We like to think that we were created the way we are now, but the circumstances and environment of our childhood must play some part in the adults we become.

All three spoke of becoming more self-aware, whether that is through therapy or taking time out to slow down and reflect. In different ways they all experienced families that did not encourage talking about feelings. This means they did not want to accept when they were upset and even more, did not want to upset anyone else by sharing how unhappy they were feeling.

Poorna could testify to how becoming stronger, through power lifting, has helped her to feel better and more capable. She also shared the importance of having someone who would help you stay accountable to looking after your mental health. In her case it is her sister. This person can check in as someone to talk to, but also to ask if you’ve eaten, slept, been outside etc. Other well-known beneficial activities include mindful breathing, meditation, journalling and fresh air.

Melissa shared the nourishing and comforting effect of hearty healthy homemade soups. This is brain food that can affect mood. She also talked of working with the imposter syndrome: when we talk down our achievements and believe we’re not good enough for something, even though objectively we are.

An engaged audience had several questions including parenting a child with OCD, the role of medication and the impact of austerity. The panel handled these well. On parenting the advice was to love without judgement, realise your child does not want to be like this either and try to help them find the right support. On medication the advice was to accept it if you need it and use it respectfully, as intended. Of course, financial struggles and political uncertainty have an effect on our mental health but in the context of human existence Bryony offered – “This too shall pass”. 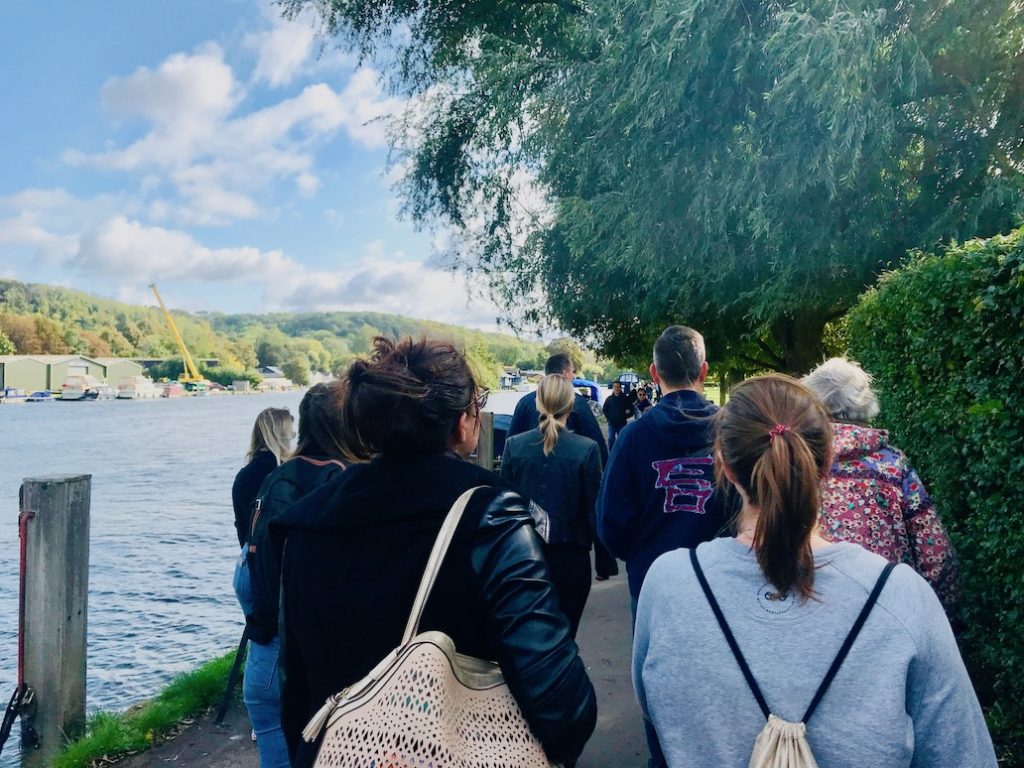 The subsequent walk to the River and Rowing Museum provided an opportunity for audience members to get to know each other and share life stories. It was a warm and friendly gathering and a nice way to reflect on what was said by the panel with others willing to be real about life’s choices.